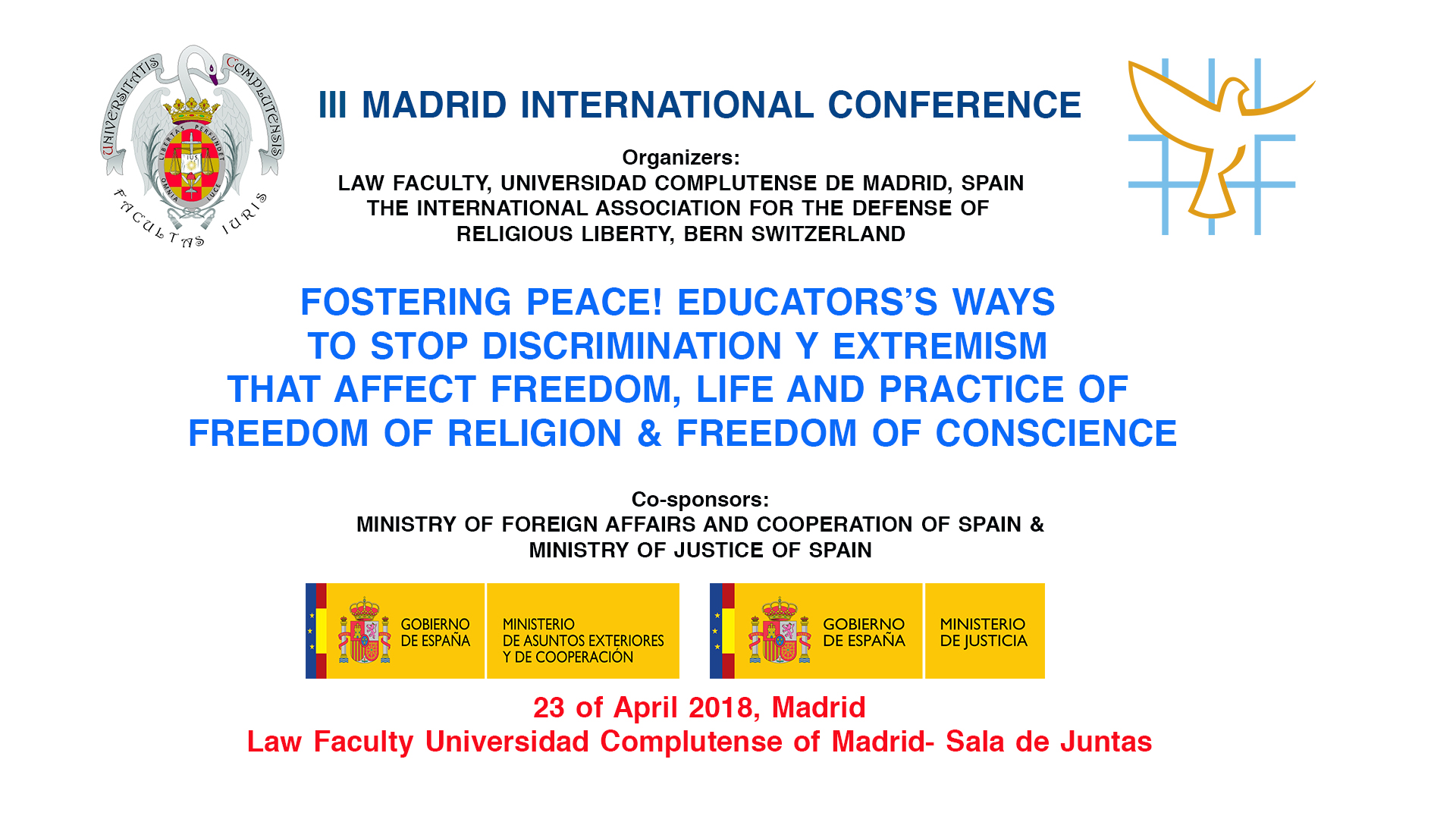 Complutense University of Madrid, 23 of April 2018

«Educators' ways to stop discrimation and extremism that affect freedom, life and practice of religious freedom and freedom of conscience»

Law Faculty of the University Complutense of Madrid (UCM)

Ministry of Foreign Affairs and Cooperation of Kingdom of Spain

Ministry of Justice of Kingdom of Spain 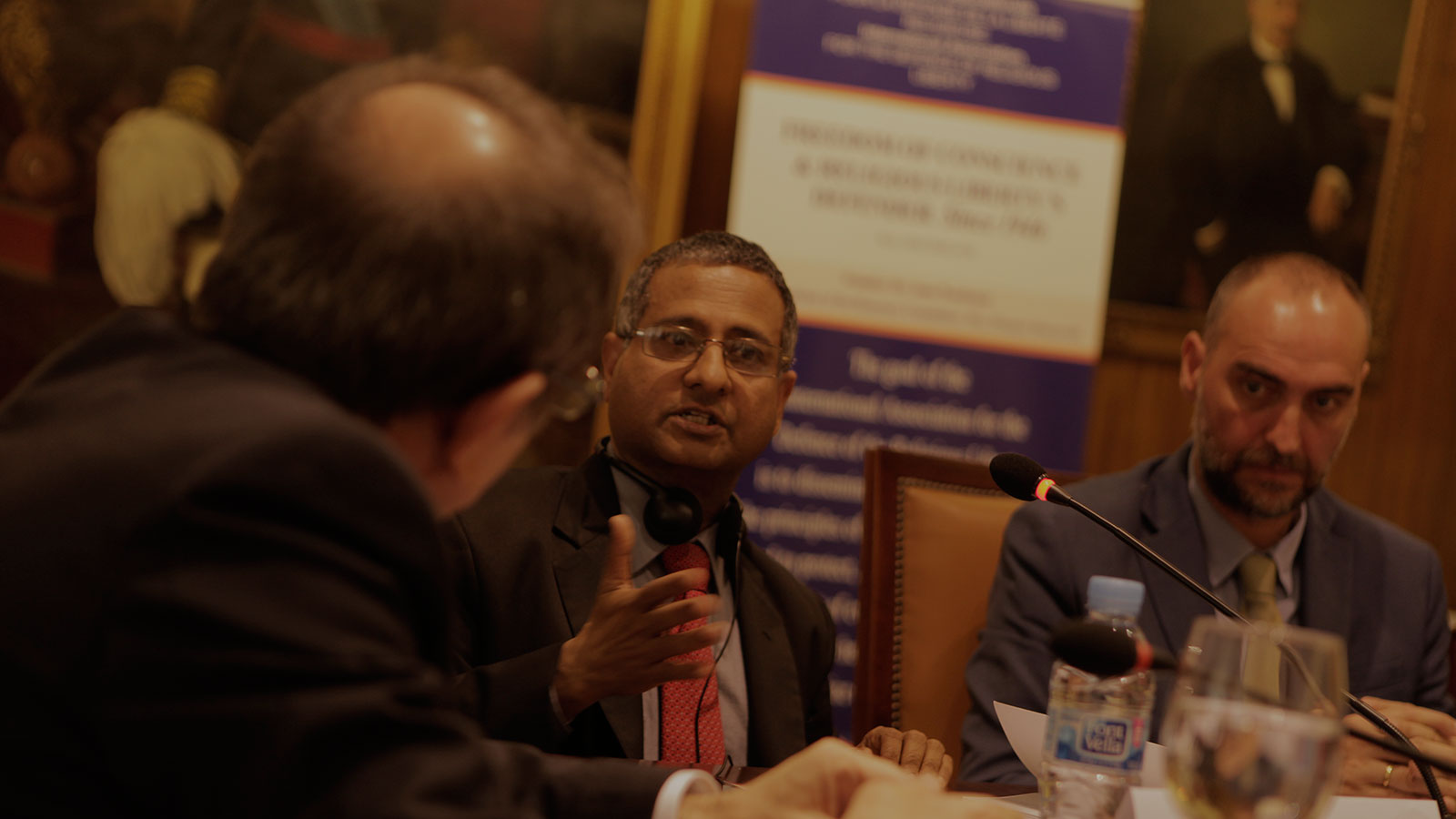 «Educators' ways to stop discrimation and extremism that affect freedom, life and practice of religious freedom and freedom of conscience»

Complutense University of Madrid, 23 of April 2018 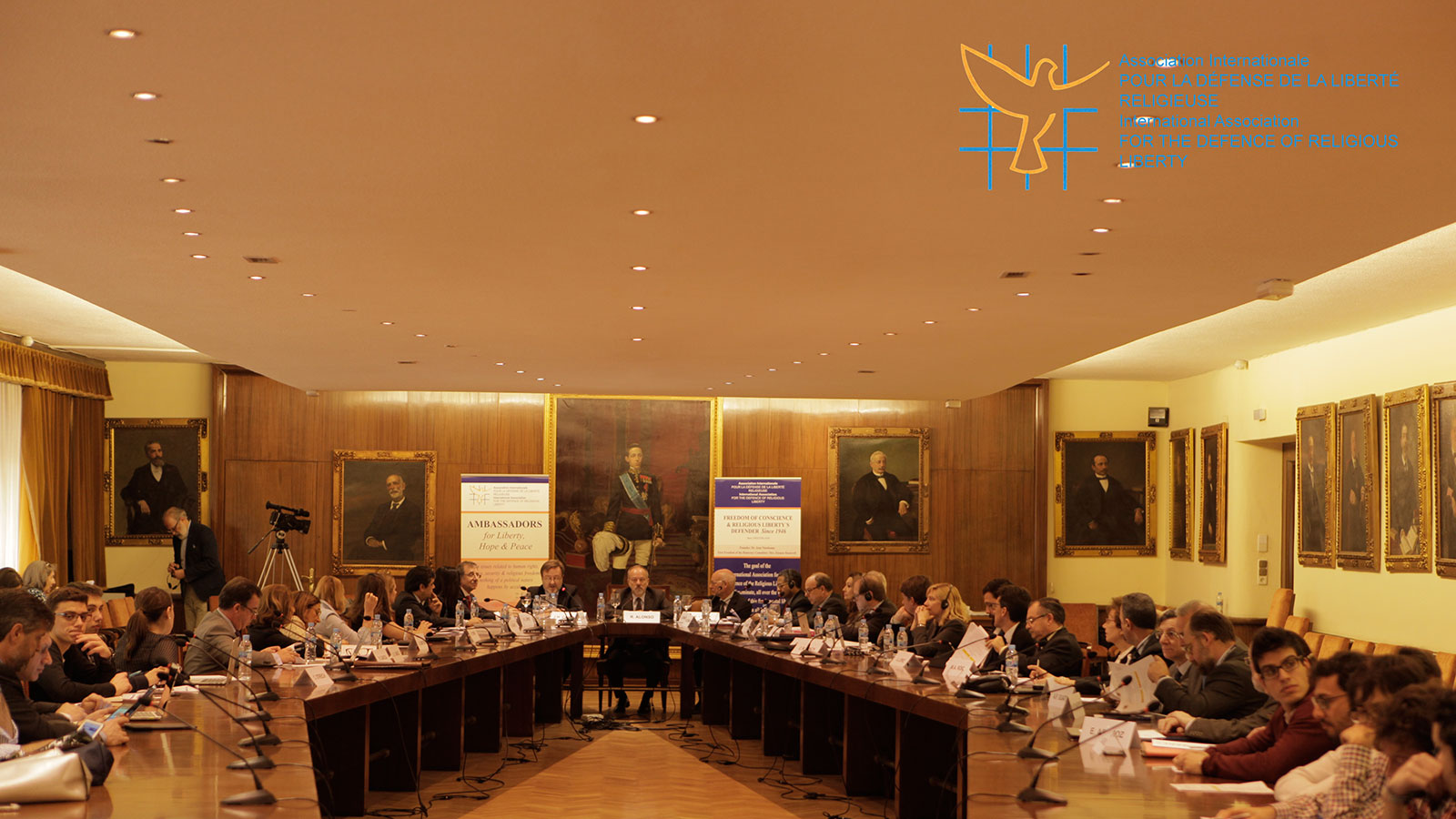 The III Madrid Conference was held at the Faculty of Law of the Universidad Complutense of Madrid the 23 of April 2018. It was promoted and co-organized by the International Association for the Defense of Religious Liberty (AIDLR) and the Law Faculty of the University Complutense of Madrid (UCM), and was co-sponsored by the Ministry of Foreign Affairs and Cooperation and the Ministry of Justice of Kingdom of Spain.

During the event were launched the last two volumes of the AIDLR´s publication "Conscience and Liberty" titled “Religious Freedom’s Influence on Peace and Security” and “Diplomacy and Education for Religious Freedom, A Priority for Public Policy”.

Ahmed Shaheed, UN Special Rapporteur on Freedom of Religion or Belief, gave a special address in which he advocated the importance of teaching different religions to contribute to "tolerance" in societies, as well as "peace and security", albeit "without indoctrination" in schools. He also recalled that, of course, "first of all, there is the right of parents or guardians to ensure that their child grows up receiving a religious and moral education" in accordance with their convictions.

He stressed the importance of all citizens being aware of different religions in order to educate in "tolerance" and "non-discrimination" and to be less "vulnerable". Furthermore, he has argued that religion contributes to "security and peace" in societies, and therefore calls for the defence of religious freedom to be taken "very seriously".

He also stressed the importance of the Dialogue Five model in creating a working synergy between the main actors involved.

The closing ceremony was chaired by Dr. José María Coello de Portugal Martínez del Peral, Vice-Dean of International Relations of the Faculty of Law of the UCM.