«I am the global voice on human rights, universal rights. I defend and promote the human rights of each individual, everywhere... Ultimately, it is the law that will safeguard our societies -human rights law, binding law which is the distillation of human experience, of generations of human suffering, the screams of the victims of past crimes and hate. We must guard this law passionately, and be guided by it.»

President of the Honorary Committee On July 2017, H.E. Antonio Guterres UN Secretary General launched at the UN Headquarters in New York the ‘Plan of Action for Religious Leaders and Actors to Prevent Incitement to Violence that Could Lead to Atrocity Crimes’, that is a strategic and global project initiated and developed during years by Mr. Adama Dieng.

Before his appointment as United Nations Under-Secretary-General, Mr. Dieng has served as Registrar of the International Criminal Tribunal for Rwanda since 2001.

A legal and human rights expert, Mr. Dieng has throughout his career contributed to strengthening of the rule of law, fighting impunity and promoting capacity building of judicial and democratic institutions. He has also contributed to the establishment of several non-governmental organizations in Africa and to strengthening African institutions. Mr. Dieng was the driving force behind the establishment of the African Court on Human and Peoples’ Rights as well as the draft African Union Convention on Preventing and Combating Corruption.

Mr. Dieng has lectured on international law and human rights at academic institutions around the world and acted as consultant for many organizations, including the United Nations Educational, Scientific and Cultural Organization, the Office of the High Commissioner for Human Rights, the Ford Foundation and the African Union. Adama Dieng co-organized with Liviu Olteanu the AIDLR Secretary General, the I Global Summit on Religion, Peace and Security held at Palais des Nations in Geneve on November 2016. 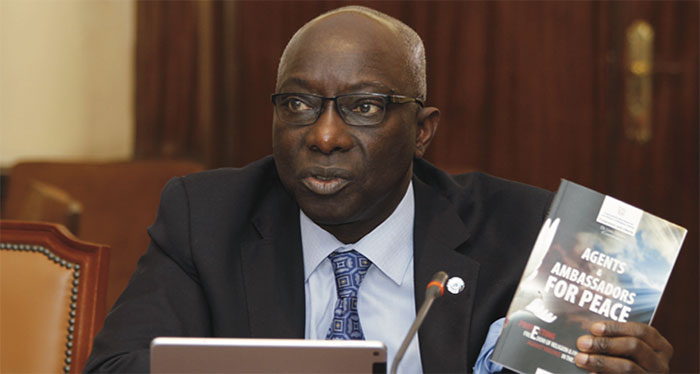 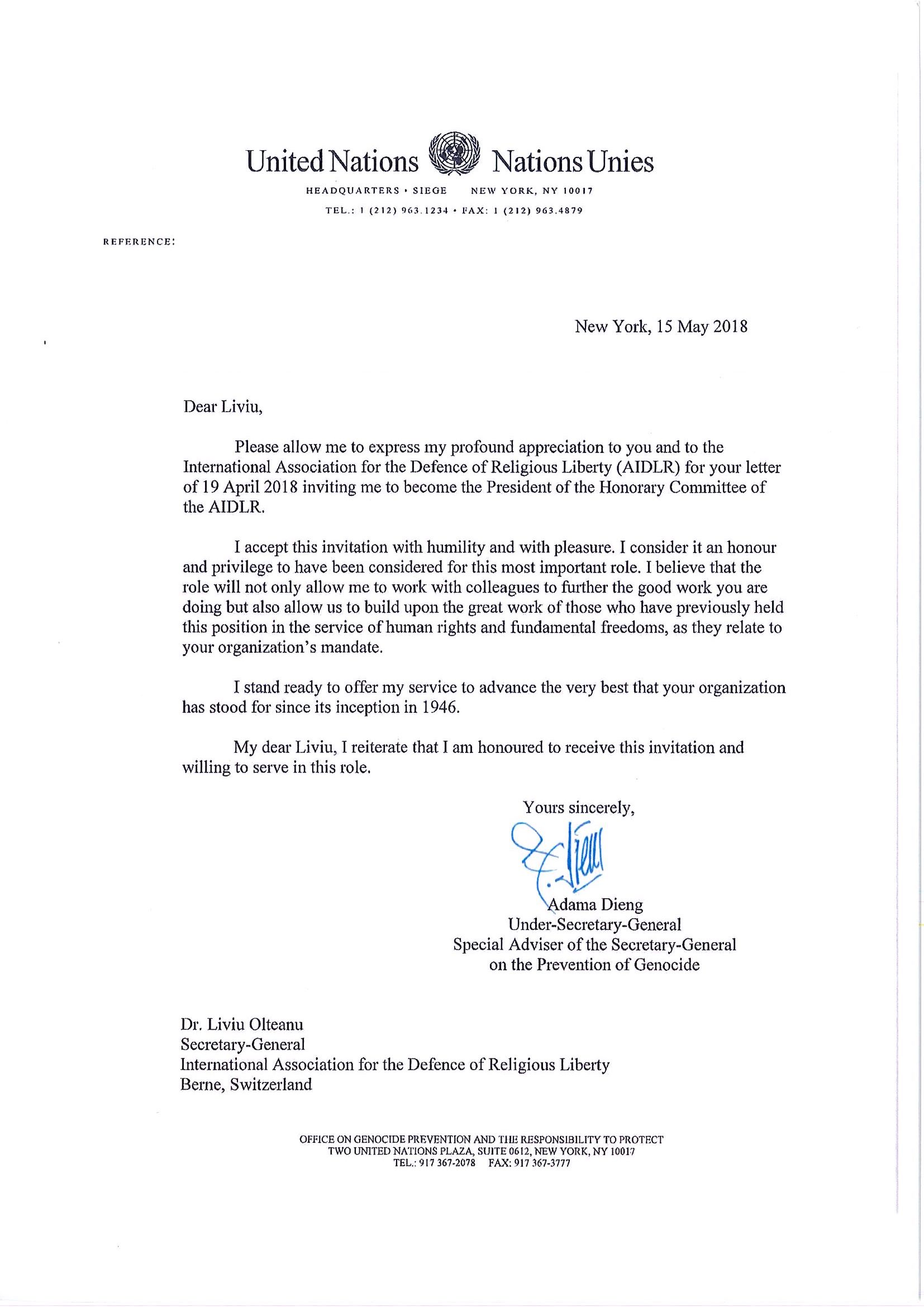